Corrosion is a natural process where refined materials react with their environment, and revert to a more chemically-stable form. Below we discuss some of the most common topics and questions surrounding corrosion.

Corrosion is a constant force in industries from Oil & Gas production, Maritime, to construction of highways, bridges, pipelines, & any underground systems. Corrosion is a natural process where refined materials react with their environment, and revert to a more chemically-stable form. The rate of corrosion is dependent on a number of environmental variables, but for corrosion to occur four basic elements are required (Anode, Cathode, Metallic Path, and Electrolyte).

In the fight against corrosion, integrity engineers focus on removing the presence of one or more of these basic elements. The first defense against corrosion is a coating system which helps to protect the asset from the surrounding electrolyte. Coatings are typically used as a barrier coating, protecting the substrate from contact with the Electrolyte. In addition to serving as a barrier, some coatings also use inhibitive, or sacrificial pigments, causing passivation, or a sacrificial anode to form at any Coating Holidays or defects. 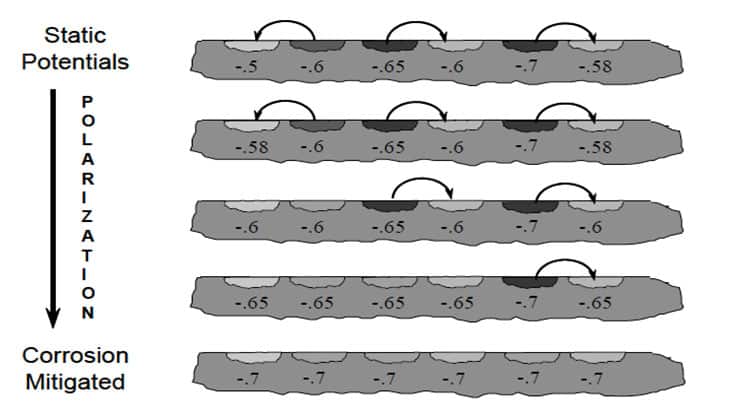 Integrity engineers must also utilize cathodic protection (impressed or passive) to protect assets, as coatings can be damaged, which can amplify corrosion locally at the defect (Coating Holiday, cracking, etc.). Cathodic protection systems combat corrosion by converting all of the anodic (active) sites on the metal surface of an asset to cathodic (passive) sites by supplying electrical current (or free electrons) from an alternate source to equalize the potential on the surface of the metal structure (left).

Materials are listed from most Noble (passive), to most electronegative (active) in the Galvanic series. In reference to the below graphic, Magnesium is the most active. When two metals are coupled, the more active will share electrons with the more noble material causing an oxidation reaction (rust) at the electronegative material, and a reduction reaction at the more electropositive (noble) material. 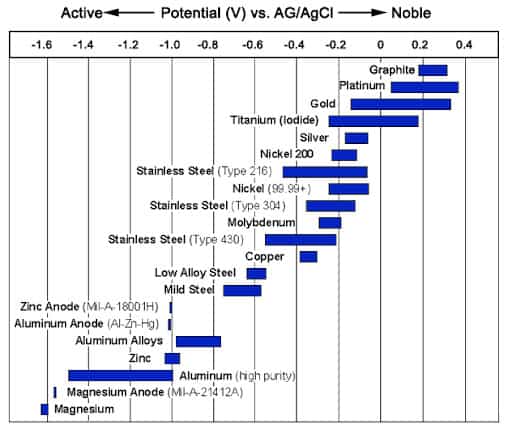 CP does not eliminate corrosion, but actually transfers corrosion current from the protected structure (asset) to the cathodic protection anode. This is the case in Galvanic (Sacrificial) anode systems, and impressed current system.

A sacrificial anode system is easily installed, requires no external electricity, and minimal right-of-way cost. The limitations of sacrificial anodes are current output, require anodes to be replaced once an anode has been spent / consumed, and a higher cost per unit ampere than impressed current. Based on the above characteristics, galvanic systems are used in specific applications (offshore, within vessels, or in an area with many other metallic structures). Galvanic anodes are commonly used in combination with impressed current systems at problem/ repair areas, shorted casings, cathodic interference / stray current discharge points, areas influenced by electrical shielding, and locations with significant coating damage.

Impressed current systems are comprised of an external power source and anodes. The power source (rectifier) forces current to flow from the anode to the structure to through the electrolyte.

What is Pipeline Isolation?

In metallic pipelines, corrosion is the constant attempt by nature to reduce pipelines to their original oxide state. It is an electrochemical reaction that has four parts: anode, cathode, metallic path and electrolyte. Flange isolation and joint isolation are a means of preventing electrochemical reactions from occurring between two dissimilar metals by breaking the metallic path, or preventing the current in a cathodic protection (CP) from traveling beyond the area intended to be protected by the CP system. ; 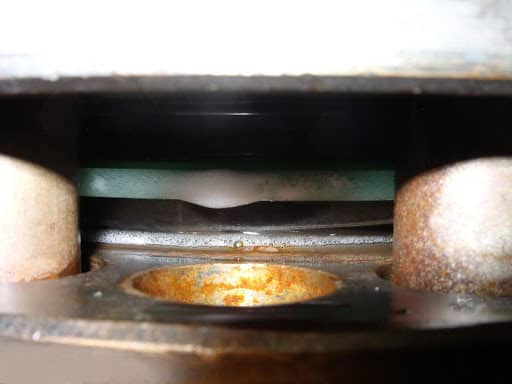 What is External Corrosion?

What is Internal Corrosion?

Internal corrosion occurs due to a chemical attack on the interior surface of a steel pipe from the products transported in the pipe. This can be from either the commodity transported, or from other materials carried along with the commodity, such as water, hydrogen sulfide, and carbon dioxide.

Natural Gas can mean gas containing methane, Ethane, H2S, water, and COS, and other components. Natural Gas will be corrosive because of the H2S and water. Commercial Natural Gas is treated, and it is no longer corrosive.

PHMSA is a portion of the DOT. PHMSA is the Pipeline and Hazardous Materials Safety Administration. Est. 1970.

How Many Pipeline Failures are the Result of Corrosion?

Data shows that from 1998-2017 approximately 18% of pipeline incidents on average were caused by corrosion, learn more here.

What was the Impact of Pipeline Incidents? 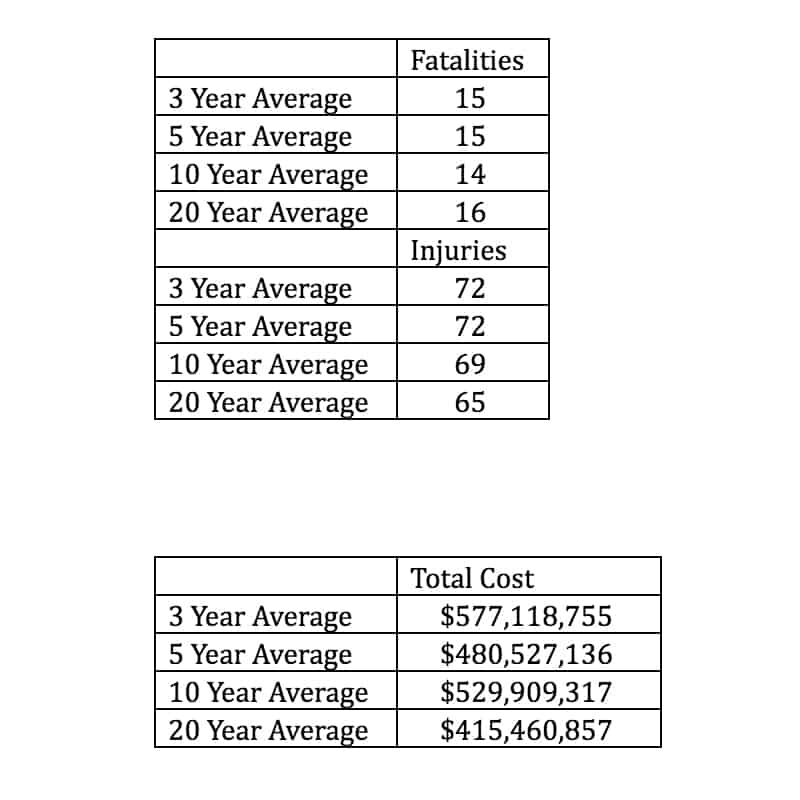 Why do we Put Pipes Below Grade?  What Challenges Does it Present?

While there are above ground pipelines, most notably the Trans-Alaska Pipeline System (TAPS). The significant majority of pipelines are buried. Pipelines are often located below grade due to permitting requirements in order to minimize the impact to the surrounding communities by concealing it from view. Pipelines will come above ground for pump stations, valves, and other equipment requiring access.

Locating pipelines below grade introduces the pipeline into constant contact with an Electrolyte, one of the four elements needed for a corrosion cell. The first line of defense is a Barrier Coating, which creates a barrier between the Electrolyte and the metallic structure.
How Does Electrical Isolation Help Prevent Corrosion?

Electrical Isolation in a pipeline system is achieved by installing Flange Isolation Kits (FIKs), or Monolithic Isolation Joints (MIJs) in line to separate equipment or pipeline segments. FIKs & MIJs utilize materials with resistance to electrical current in order to block the transfer of electrons, effectively eliminating the metallic path, one of the four elements needed for a corrosion cell.

Electrical Isolation is used to break up pipeline segments to optimize current output from rectifiers in Impressed current cathodic protection systems. It is advantageous to break up long pipeline runs with isolation to improve efficiency, and minimize the impact of maintenance or repair on the pipeline.

What are Common Causes for Isolation Failures?

Electrical resistance is a measure of how well a material resists electrical current.